I was rather lucky to spot the fact that Love on the Spectrum was airing on ABC TV (Australia) when it first actually appeared free to air. I was (sort of) reluctant to see it, as shows that dive deep into children and young adults with ASD exposes my sensitivities to the subject because of my autistic daughter, but Jenny and I decided to give it a go. I’m so glad we did.

END_OF_DOCUMENT_TOKEN_TO_BE_REPLACED

Pleased to have my short story, 'The Deluge' accepted by new Queensland publishing house, Black Beacon Books, for their Black Beacons: Brisbane anthology. This is a pleasing sale, as it is local, and it is a tale that came to me vividly, inspired by the Brisbane floods a few years ago.
.
. 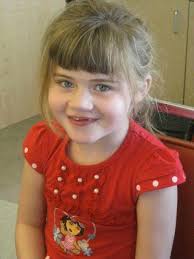 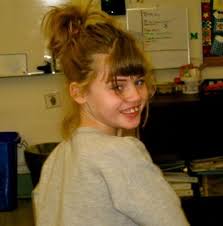 I have my science fiction short story, Special, now available in Flying Island Press' Autism Benefit mixed genre anthology, Pieces of Eight: Autism Awareness. This is important to me, as my daughter has autism and I wanted to contribute to this worthwhile book. It is currently available in various e-formats, and I believe it will come out soon in voice.

Please buy this to help society better understand our cousins who are different, but nevertheless Special.
.

It can be purchased at Flying Island Press.
.
.
.

Being a parent of a girl with autism biases my reading interest toward books on the topic, and to date I have read a lot. Aspergirls is quite atypical of many i have read and refreshing in style.

Rudy Simone has Asperger's Syndrome (AS) and has been a strong advocate for those with the condition for some years. Her approach to writing is to say it as it is, and simply. She does this to good effect. What I particularly like about this tome is she quotes regularly from interviewed girls and women with AS and consequently adds many voices to hers in her coverage of a myriad of topics, from challenges in schools, to the impact of puberty on aspergirls. Nothing is taboo. There were also a few quotations that caused me to laugh out loud – it's good to be able to infuse some humor in what is a topic that can get quite serious.

Another aspect of the structure of the book is that at the end of each topic (chapter), Rudy summarises by providing direct advice to aspergirls, followed by advice to aspergirl parents. This is smart, very smart, as the two target audiences are vastly different and covers her audience well – and more importantly, sends clear messages to the two most important groups that affect aspergirls.

I found the book useful, but I have to concede that the book is overwhelmingly targeting Asperger's Syndrome, not other folk on the Autism Spectrum. My daughter is a high functioning autistic girl, and has many challenges that differ from AS. And yet the common ground was useful, evidenced by having discussions with my wife on various statements made.

All in all I found the book useful, clearly written, and sensibly structured.

As a father of a child with ASD/AS, it would be inevitable that I would find this book useful – and I did. I have read her two most famous books – Thinking in Pictures and Emergence, which I rated high, and which complemented each other, telling us the Temple Grandin story. This book isn’t like that – it is essentially a re-edited compilation of articles that she wrote over 8 years for a leading ASD/AS magazine.

This format slightly takes the publishing sheen off the book – there is some repetition (which would not have been evident in the individual articles), and the organization of the articles are commendable, but not perfect.

Having said this, there is a LOT of good stuff in the book, of a practical, common sense nature – particularly for parents with young children. This is not a book for adults with ASD/AS (there are only a few pages devoted to college/workforce aged people).

I certainly would recommend this book to parents with young children in the spectrum.

My short story, Special (which is a science fiction, concerning autism) has been accepted in an anthology titled Flying Island Press Benefit: Autism Awareness. As you can tell by the title, this is a benefit anthology with proceeds going to an Autism fund raising benefit.

It’s not too late for new submissions to be accepted (noting it requires a strong autism plotline, or character, to qualify).

I have a major interest in Temple Grandin, and books on Autism/Asperger’s, because I have a 5 year old daughter with Asperger’s. Nevertheless, Thinking in Pictures is a well written book without that bias.

This book is NOT about Temple’s life – you need to read Emergence to get the story, and it is well worth reading, but ten years later Temple’s writing style has improved amazingly. I keep thinking that the movie on Temple’s life would have had more influence from Emergence than Thinking in Pictures, but this book has all the publicity associated with it – go figure.

This book is in many ways technical – what it really is about is Grandin’s understanding of what autism is, and how autistic people deal with it, and how ‘normals’ should deal with it. It is well founded in latest findings in psychology, and has a fresh perspective in terms of Grandin’s immense experience in animal behavior. She does use examples drawn from her life, which does, in a way, provide a form of autobiography, but as stated above, it is not the point of this work of non-fiction.

I can honestly say that I have a more synthesized, cohesive understanding of my daughter’s condition reading this book, than all other books put together.

An excellent read, but if you are after an autobiography, you will be disappointed.

Well, I suppose I better get into the spirit. It is also a handy way of putting on record my goals (notably in writing).

So here it goes:

Point 10: Here is my Heat Map of getting into SFWA – the easiest path is to publish 3 short stories in recognized magazines etc. When I get three green slices of the circle, I qualify. Legend: Yellow means I am currently submitted to an SFWA mag, not counting green; red means there is a slot I haven’t submitted to, unless green. Green is a success, as stated.

OK, not big on plugging people, even generally. However, re my previous post, I have to say this guy is great. I saw his introductory dvd and I am won.

Let me explain. Throughout the 3 odd years that my wife and I have dealt with our daughter’s condition, it has always been, in many ways, uncertain, and certainly unscientific. Initially it was a case of "development delay" with the possibility of low spectrum autism. Then it was likely to be "autism", and finally, last year, it was diagnosed formally. "Asperger’s Syndrome" is a name used to keep clear of the baggage that goes with autism. The trouble was, for Jen and me, that the extent of her condition, and the prognosis, was never clear, and despite having a terrific group of people helping with early intervention — all helpful to one degree or another — we are still in the dark on the myriad of little things we need to fine tune our ability to help the little darling, and no-one to give us definitive answers.

Then we saw the dvd. This guy described to a tee the symptoms of what our daughter had, and talked about the way autistic people think. Gave us strategies. It was a major help for us.